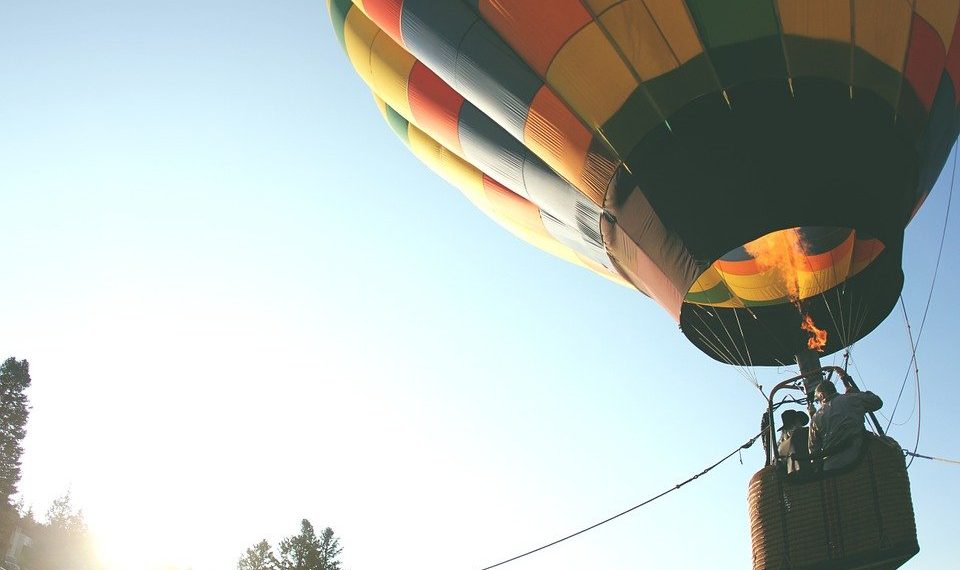 The history of modern hot air ballooning begins in France in 1783. Two brothers, Joseph Michel and Jacques Etienne Montgolfiere, launched the first hot air balloon in September 1783 with a strange trio of passengers – a sheep, a duck and a rooster. The king and his court saw the spectacle, and they were not disappointed. The balloon rose to over 1000 feet and then floated downwards, safely returning its three passengers to the ground.

But the two brothers who became the inventors of the modern hot air balloon certainly did not start life as inventors. Their father owned a paper mill, and made sure his two sons received a good education. Joseph attended private school and then started a chemical business before returning home to work in factories with his father. Etienne studied as an architect, but also returned to the family business when his father retired.

In 1782 they became interested in understanding why smoke rises and whether it can be used to lift humans into the sky. They started experimenting, moving from smaller balloons to larger ones. By the time they lifted the barn animals into the sky, they had successfully launched a full-size balloon without a crew.

After the successful flight of the barn trio, the brothers moved to manned flight. In November 1783, they launched the first manned hot air balloon flight. Pilate de Rozier and the Marquis d’Arlandes were pilots of the silk and paper balloon, and both remained aloft for about 25 minutes, rising about 500 feet and traveling about 5 1/2 miles from their starting point in Paris park.

Legend has it that pilots gave champagne after landing to local farmers to reduce their fear of suspicious planes descending from the sky, but the National Balloon Museum in Iowa refutes this story, saying research shows balloons actually landed in empty vineyards without witnesses. .

The balloon quickly took off from there. French balloonists Jean Pierre Blanchard and American John Jeffries became the first to cross the English Channel in a hydrogen balloon. The crossing took two and a half hours, and almost ended in disaster – pilots had to throw most of their ballast into the sea after the balloon suddenly lost gas and nearly fell into the channel. A few months later, Pilate de Rozier, one of the two pilots on the first manned Montgolfiere, became the first person to die in a balloon crash as he attempted to cross the Strait.

The sport never really took off, however, until the 1960s, when advances in balloon technology led to renewed interest in hot air ballooning. Paul Yost, later known as the father of modern hot air ballooning, piloted the first flight of a balloon with the new envelope and the new propane combustion system he developed. Suddenly the sport took off. By 1963, the sport of ballooning had become popular enough that the first US National Hot Air Balloon Championships were held in Michigan.

There are currently about 5,000 balloon pilots in the US and the National Balloon Museum in Indiana.